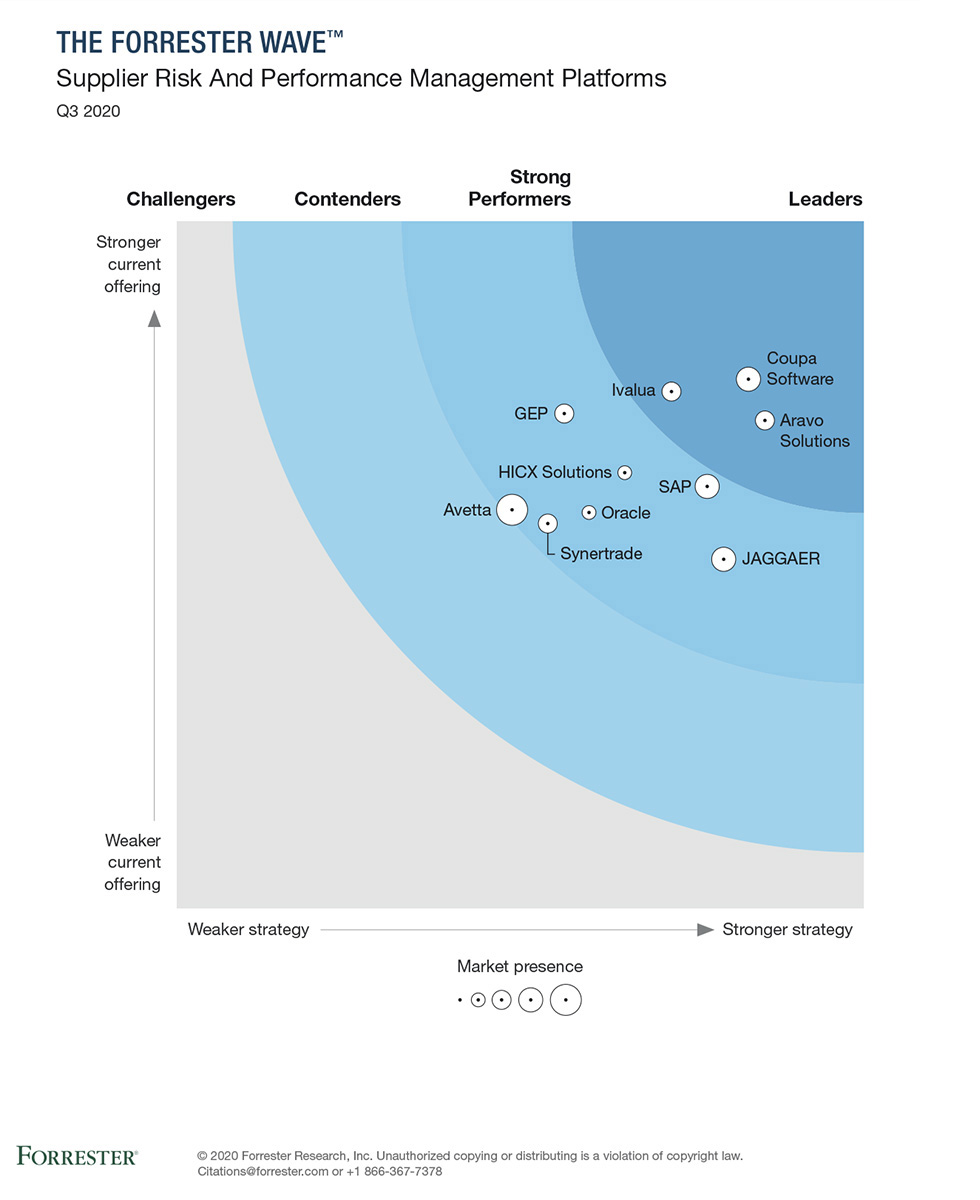 Multi-million dollar fines, bad publicity, even jail time for executives—mining companies have a lot at risk in the area of regulatory compliance. In Ernst & Young’s report Business risks facing metals and mining 2016-2017, two of the top ten trends relate to transparency and compliance. Governments are cracking down on corruption, and NGO’s and journalists are fueling social movements expressing concern over workplace safety and ethical sourcing.

In the mining industry and in a growing number of other industries, regulators are holding companies responsible for the actions of their third parties. A “third party” is any individual or organization a company hires either through a contract or a less formal arrangement. Third parties include suppliers, distributors, and consultants of all kinds.

They also include miscellaneous local vendors in other categories.

What types of regulations should mining companies be concerned about when it comes to selecting, monitoring, and managing third parties? The growing list of regulations generally pertain to four broad areas:

Let’s examine each of these in turn.

The first major piece of Anti-Bribery Anti-Corruption (ABAC) legislation was the U.S. Foreign Corrupt Practices Act (FCPA) of 1977. The FCPA forbids companies trading securities in the U.S. and others from making illicit payments—bribes—to foreign officials. To make bribery easier to detect, the FCPA requires companies to maintain the transparent accounting practices mandated by the Securities Exchange Act of 1934.

In December 1997, the Organization for Economic Co-operation and Development (OECD) passed its own Anti-Bribery Convention, which has since been signed by 34 OECD member states and 7 non-member states. The OECD convention establishes legally binding statutes for criminalizing bribery of foreign public officials in international business transactions.[1] Each signatory to the convention has established its own anti-corruption laws, many of which are modeled on the FCPA.

Other nations have also recently passed anti-corruption laws, including Brazil, Canada, Mexico, Russia, and the UK. Some of these new laws are as strict or stricter than the U.S. and UK laws.

Two aspects of third-party management are likely to be especially challenging for mining companies:

These two challenges and the simultaneous increase in ABAC regulations and investigatory teams across all industries, explain why regulatory actions against companies in extractive industries are on the rise worldwide. According to Trace International, an anti-bribery NGO, between 1977 and 2010 there were 61 enforcement actions involving companies in the extractive industries. By 2013, this number had more than doubled to 127 actions.

Another regulatory challenge for mining companies involves the very material being mined. To reduce corruption and human rights abuses, governments, NGOs, and other organizations have found it helpful to increase regulatory oversight of the extraction and sale of minerals themselves, especially those commonly mined in areas subject to armed conflict. These new regulations focus on “conflict minerals,” which include:

Conflict minerals may be mined in many parts of the world, but most regulatory scrutiny is focused on mining in the DRC, where various armed groups vie for power and attempt to use mining or stolen proceeds from mining to accumulate wealth. And one of the most lucrative minerals from the DRC is diamonds.

There are two principal types of regulations for conflict minerals:

Both types of regulations are likely to become stricter in the coming years.

In addition to ABAC and conflict mineral regulations, mining companies and their third parties need to abide by a growing list of regulations related to human labor practices and workplace safety. These regulations include U.S. Department of Labor Mine Safety and Health Administration (MSHA) laws and regulations, and other national and international law.

In the U.S., the Department of Justice’s prosecution of Massey Mining Company and its CEO Donald Blankenship signals a new direction in the government’s enforcement of workplace safety regulations. Blankenship, the CEO of Massey Mining Company, Blankenship was fined $250,000 and sentenced to one year in prison for conspiring to violate workplace safety standards at the Upper Big Branch mine, where an explosion killed 29 miners. In addition, Alpha Natural Resources, the company that had purchased Massey in 2010, faced steep penalties for these same violations. Eventually the company reached a $209 million non-prosecution agreement with the Justice Department in 2011—the largest such settlement to date.[3]

While the Massey case was being prosecuted, the DOJ adopted new guidelines for violations of workplace safety standards, encouraging prosecutors to charge violators with multiple offenses. The new guidelines note that, “With penalties ranging from 5 to 20 years’ incarceration, plus significant fines, these felony provisions provide additional important tools to deter and punish workplace safety crimes.”[4]

In addition to complying with laws and industry regulations for bribery and corruption, conflict minerals, and human labor practices and workplace safety, mining companies operating in the U.S. must comply with a growing list of federal and state environmental laws and regulations.[5] These laws and regulations include the Clean Air Act, the Clean Water Act, the Endangered Species Act, the Federal Mine Safety and Health Act, the Mine Improvement and New Emergency Response (MINER) Act, the Frank R. Lautenberg Chemical Safety for the 21st Century Act, and many others.

Companies need to ensure that their third parties understand and comply with all relevant environmental laws and regulations.

Share with Your Friends:
Subscribe to Blog Updates
Related
eBook: Meeting the Expectations of the Board The Business Case For Better Third-Party Risk Management Reducing Financial And Reputational Risks And Achieving Third-Party Compliance In Mining Operational Resiliency in Your Third Party Ecosystem – Does Your Vendor Resiliency Match Your Own? Vendor & Third-Party Risk – Expectations of the Board and How to Develop Your Third Party Program Maturity to Support Oversight Third-Party Risk Management in the Dynamic of Business Scale, Complexity, and Change Aravo for Third Party Management Accelerate Professional Services
Tags
FCPA complianceethicsUK Bribery ActminingAnti-bribery & Anti-corruptionResponsible Sourcingreputation riskSECDOJABAC complianceboard accountability